How To Plan a Video Budget  by Russell Sparkman

Content marketing clients interested in incorporating video into their publishing understandably start by asking the question, “how much does a video cost?”

There’s no easy answer, of course. My own answer is usually prefaced with the analogy of trying to answer the question of “how much does it cost to build a house?” To answer that, we need to know intended use (full-time residence or summer home?); size (for a family of four or a single person?); and the quality of the materials (Home Depot fixtures or high-end functional art fixtures?).

The same holds true for video. Everything from intended use (60-second video news release or five-minute documentary story?) to the quality of the final editing (is it to be edited in iMovie or Final Cut Pro?) influences the costs of video.

A starting point when contemplating video budgets is to consider whether your needs can be met by a “Low Production Value” (LPV) video, or a “High Production Value” (HPV) video. The following explains some of the distinctions between the two levels of production values, which can also be thought of as production inputs, as the basis for understanding how to budget for videos.

Low Production Value Videos LPV describes a minimalist approach to producing a video, which makes it more affordable. LPV videos are distinctly different from HPV videos in that the latter are normally shot and edited for larger, corporate clients with larger budgets and, therefore,  more complex production (special effects, etc).

For purposes of this discussion, LPV refers to videos that are likely to be produced by a business using their own staff.

What’s a great LPV example? How about Gary Vaynerchuk’s very first episode of Wine Library TV, Episode 1-Verite. It’s interesting to compare this to his more recent episode in which there’s overall higher production values including attractive motion graphics that open the piece, as well as much improved audio, light, color and presentation.

High Production Value Videos At the opposite end of the spectrum are High Production Value videos (HPV). The primary distinction between the two is that HPV videos are most often created by video production specialists. These professionals have made an investment in formal training (visual storytelling, video, audio and post-production techniques) and in equipment (HD/HDV video cameras, HD-enabled Digital Still Cameras, professional-grade wireless microphones, computers and editing software and so on).

HPV videos are used most often when:

Common features of HPV video include:

Dive Rite, Inc. is a manufacturer of technical SCUBA diving gear. They needed an affordable approach to providing “how to” videos within their site, DiveRite.com. The solution was to produce videos using internal resources to keep costs of production down. Since mid-2008, they’ve produced over 40 videos, presented within the Gear Configuration channel on the Dive Rite TV section of their site. This section of their site is the second most popular after the product catalog.

Their video, Transpac: A General Fitting Guide, is an example of the following LPV qualities:

Comparatively, when the Gift of Life Family House wanted to raise funds for its patient and family lodging facility, it turned to professionals to produce stories about people whose lives have been impacted by waiting for organ transplants.

Videos such as Mike’s Kidney Transplant Challenge, which appears on the site’s Patients and Family Stories page, include the following HPV elements:

Budget Considerations for LPV and HPV Videos Based on this post’s premise that LPV videos are produced in-house, a minimal in-house LPV video production capability can be built for as little as several thousand dollars, depending on the variables of camera, tripod, computer and video editing software costs.

However, it’s important to be realistic about the time involved to produce in-house LPV video. Beyond the investment in technology, you need to think about the time to:

Producing LPV videos internally can be a lot to manage. In fact, by the time the costs of equipment overhead and time are factored into the internally-produced LPV video, it often makes sense to hire a videographer instead. An experienced videographer will be able to tailor her production value inputs to match your needs and your budget.

When you work with a professional Company to produce HPV videos, use a budget framework of between $1000 and $6,500 per finished minute for planning purposes. The range is wide due to the number of variables involved. A professionally-produced version of an LPV video would might be at the lower end of the range, whereas video produced with the production values found in broadcast programming, such as the type of program you might see on Discovery Channel, would be at the higher end.

It’s a Wrap! The content marketing mantra is that marketers need to think and act like publishers. I’d add to that the need for content marketers to think and act like broadcasters. The kind of image you project to your audience as a broadcaster will be determined largely by the production values of the video that you provide to your community. The decision about the level of production values will always be based upon:

The trick in deciding which way to go is in distinguishing between the production values described. Understanding and appreciating the low and high end in video production values will help you make better plans for your video budgets.

Russell Sparkman has 25 years of experience in visual communications (photography, video), the last 10 of which have been as the head of Fusionspark Media. Fusionspark Media specializes in content strategy, content marketing and content production across multiple platforms for B2B, B2C, non-profits and government clients. Fusionspark Media is based in Langley, WA, north of Seattle. You can follow Russell on Twitter @fusionspark and see him speak at Content Marketing World. 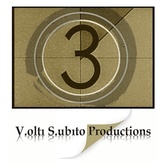